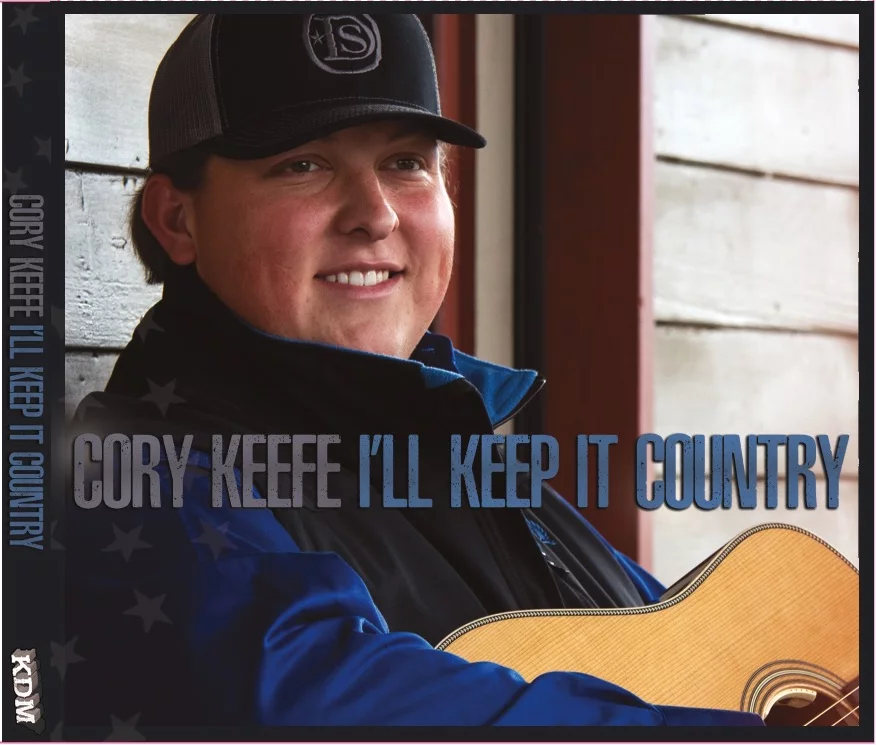 The Gulf Coast of Florida may well be known as Music Row South. Singers and songwriters have been flocking to the region for years, bringing both traditional and contemporary sounds to clubs and festivals, and influencing a new generation of balladeers.

One new voice is Cory Keefe, guitar picker and gifted singer, unabashedly country in his style and delivery. The self-taught musician was influenced by parents who are also talented singers. Along with his twin brother, Cory often participated in talent shows and other live music events, with a rising passion for music that continues to drive Cory’s ambition.

He and his brother learned an important lesson when they were very young. The twins were scheduled to perform at a holiday party and their parents tried to impress upon the young boys the importance of practicing. The boys found other distractions and on the day of the show, were admittedly unprepared, singing the same lyrics over and over. Today, Cory is a stickler for rehearsing and approaches every opportunity with sincere professionalism.

Cory cites influences including Daryle Singletary, Kevin Denney, and the late Keith Whitley among those he admires and emulates. His own style is rooted in tradition, with a modern twist. His eclectic taste runs from Merle Haggard to rock music and even pop artists like Ed Sheeran, but as a singer, Keefe has a heart for pure country.

He began performing professionally after high school, along the Gulf Coast, and has performed several appearances in Nashville. When he takes the stage, it is clear that Cory is right at home, sharing songs that range from ballads to party songs; always entertaining and always connecting in a meaningful way with his audience.

Cory was among the artists who performed at Nashville’s CMA Theatre at the Country Music Hall of Fame and Museum for the 2019 Keith Whitley Memorial Show. Cory found himself on a stellar roster that included Garth Brooks, Joe Diffie, Joe Nichols, Ricky Skaggs, Tracy Lawrence, Mark Wills and more. Lorrie Morgan and Jesse Keith Whitley co-hosted the event, and Cory’s performance brought the audience to its feet, prompting emcee and legendary broadcaster, Bill Cody, to keep Cory onstage to chat and give the crowd a chance to get to know the young singer even better.

When he’s not wowing audiences with his country chops, Cory works as an electrician, and enjoys softball, bowling, racing, and basically anything competitive.

Cory’s goals aren’t lofty. He’s grounded and solid and happy to simply sing, play and inspire audiences as artists before inspired him. Like everyone in the industry, Cory Keefe is eager for the touring world to open back up for live music and touring once again.

Until then, Cory has put the finishing touches on a debut album, set for release in 2021.